Particular car won't Stream to FiveM server, but will stream to Singleplayer

Hi, I have been having issues with adding the 2012 Ford Escape to my server (https://www.gta5-mods.com/vehicles/ford-escape-2012-suv-add-on-replace-wipers-tuning-hq) I have tried adding it as addon, and it won’t spawn at all. I have tried to add it as replace, and it just spawns the vanilla car it replaces (Gresley) with broken head and tail lights. I have added this vehicle in my singleplayer to see if it maybe I was doing it wrong, but it spawned fine as an addon vehicle when in singleplayer. Is the vehicle not suitable for FiveM? Or am I missing something? I do know how to install addon cars, I have quite a few in my server already. This particular one is giving me problems.

some cars have been blocked out due to the fact that it crashes.

did you convert it to be streamed on fivem server if not then that’s your problem i think. because i downloaded the file and looked at it and its setup right now for single player mod, nevermind i just looked again there are files there to stream but not in proper folder setup

show me the resource 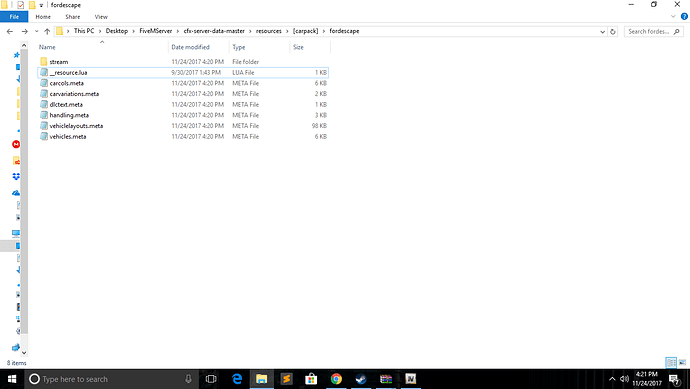 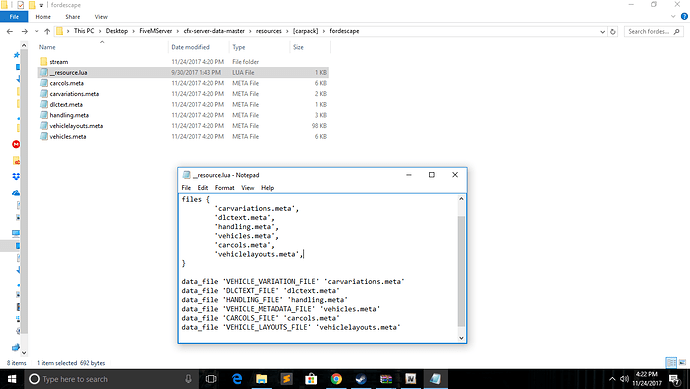 Okay, is there something specific I should be looking for in the meta that could be wrong?

did u copy paste it or did u rip these out of open iv and just used those files ?

Ripped it from Open IV.

ho to vehicles meta and see if he used any other car names in that meta maybe or check the ytd if the texture size is in 4k that might be why , or fiveM devs blocked it all together

Thank you, there is also a clip_sets.xml file that comes with the vehicle, is that possible to stream to the server? Or should I just leave it out?