This script offers a Quest System, in which players can start bounty missions at the created Quest NPC. After finishing the required numbers of quests, player can open the NPC’s Shop too… Players will get a target after starting the missions, and they have to eleminate it. After reaching the marked point, players can start the hunt. While fighting the enemies, it is recommended to use some heal item or potion, the enemies can be dangerous, especially if there is a lot of guards. Enemies can be defensive or offensive, server owner can set it. When an enemy is defensive, they will try to stay in cover and support his fellas. If the player kills the main target, there is only 1 in every mission, then he can finish the mission before killing all of the guards. In this case, the guards will disappear and the mission will be finished. If the players dies before identifying the enemy, that will cause fail in finishing the mission, and it must be started again. Detailed configs, so server owners can make their own unique quest lines, they can set up different varieties of enemies, like wapitis or army soldiers as enemies, to let their players fight against them. 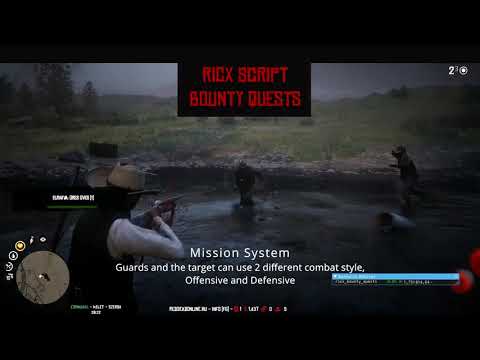