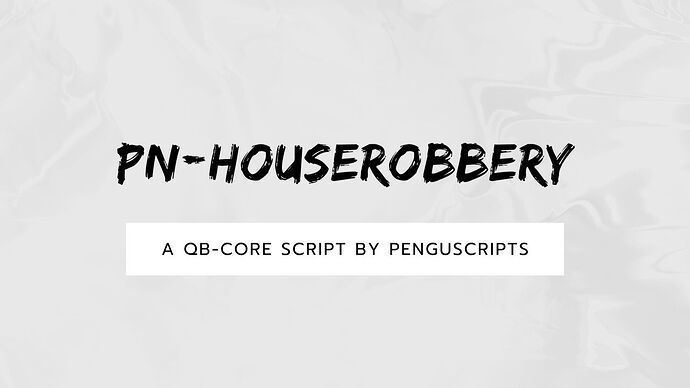 Soon to be the most customizable script I have, welcome pn-houserobbery. after 11/26 this script will have the best customization from optional dependencies to toggled robberies and toggleable commands. This script is going to be one of my favorites to show to you guys!

Curious future update to pick up props, items you are stealing. Then have to walk them out and put in a trunk of vehicle?

Nope, this an encrypted source and the code isnt accessable, there may be an open source releasing eventually

The lag in the video is because you have 1000 zones in that green square. You need to restart qb-target everytime you make the same zone.

I know, majority is the recording, even without it my vid lags it up. But thank you for letting me know <3