Major League Roleplay (MLRP) is a roleplay community founded in 2020 that blends the best of both worlds of ESX and vRP.

Major League Roleplay is not your average FiveM server where you see all the fun and resources poured into one department (LEO). We offer immersive roleplay and different jobs, sub-divisions, and promotional structures to every single department.

We believe that in order for a server to succeed, every department matters - including the CIV Department. Every department deserves to bond together well, form perfect chemistry among each other, and create the best world in roleplay ever seen.

Let’s face it, most FiveM servers have access to similar scripts that they put on their servers. It’s not scripts that make a server awesome (which by the way, we have a lot of amazing scripts), it’s how we integrate those scripts with specific foundations, structures, and adaptive protocols. 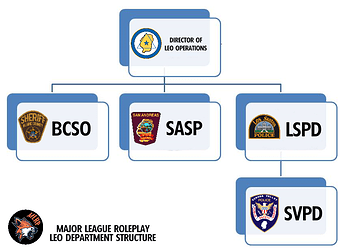 LEO Departments: Containing multiple subdivisions to join within’, such as Air Support, Drug Enforcement, S.W.A.T, and much more. Contains heavily trained LEOs for the most realistic roleplay possible. Also contains a fair, unique, and favored vehicle structure to where Probies do not start out with a ‘Crown Victoria’.

CIV Department: At MLRP, we believe that no server is complete without giving CIVs at least something to do and enjoy. The CIV Department is polished to where vRP and ESX roleplay can combine easily to develop more competent scenarios. CIVs have the ability to work in a variety of whitelisted and non-whitelisted CIV jobs. CIVs can own their own businesses. A well-balanced and structured Crime RP. Also contains Mayoral and Governor elections that members of the community can vote in.

Fire/EMS Stretcher scripts, subdivisions within’ the department, custom paid vehicles, able to use a variety of fire scripts that are implemented into the server, and has custom MLO/interiors at Fire Stations all over San Andreas.

Dispatch/Communications: Contains a well-organized structure for the department. Dispatch recruits and trainees go through a very simple training guide that helps them keep communication intact in the radio-traffic channels. Contains a variety of operations. Dispatchers are able to work with a CAD involving the simplest and quickest functions possible to get the job done.

Step up to the Majors! Apply today! 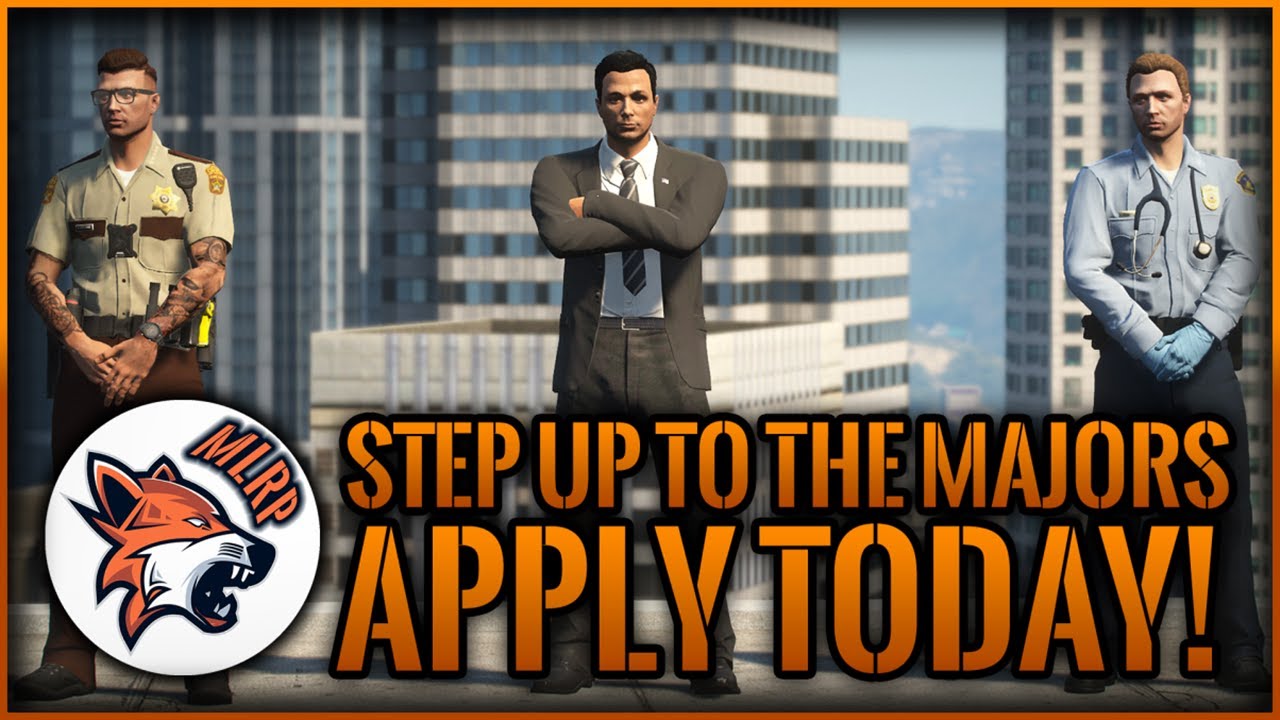 Videos from our community! 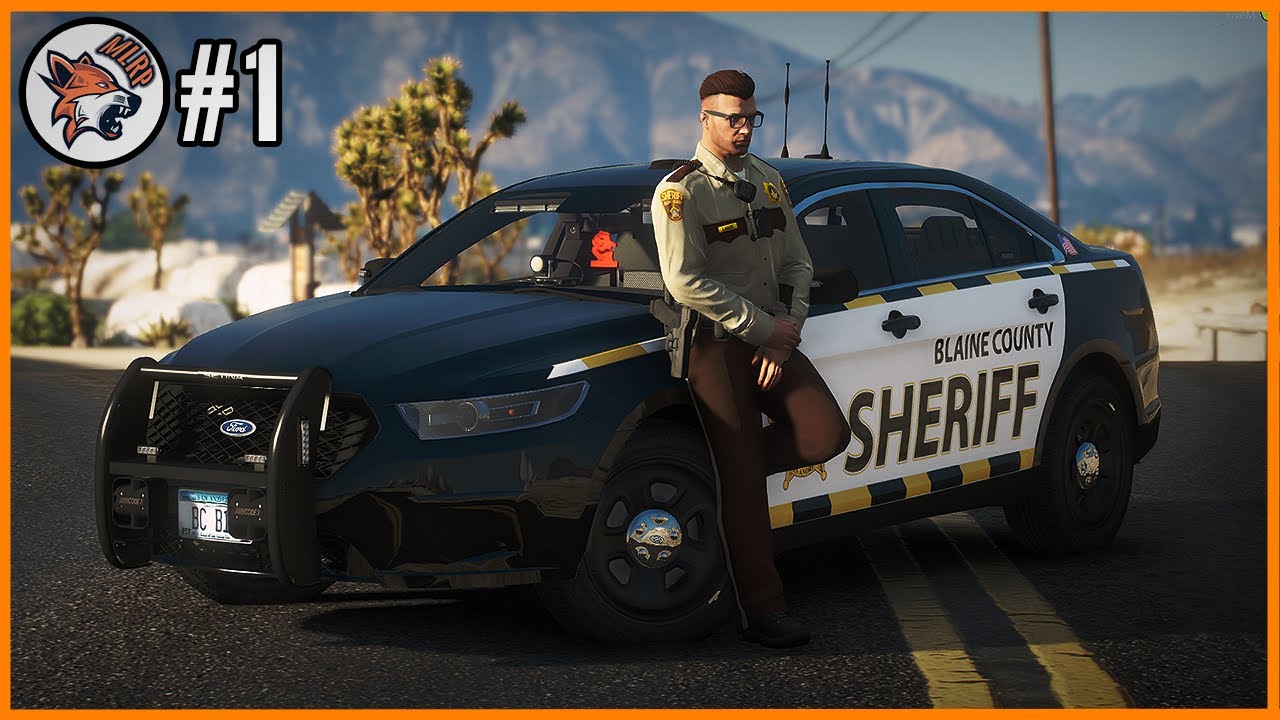 Videos from our community 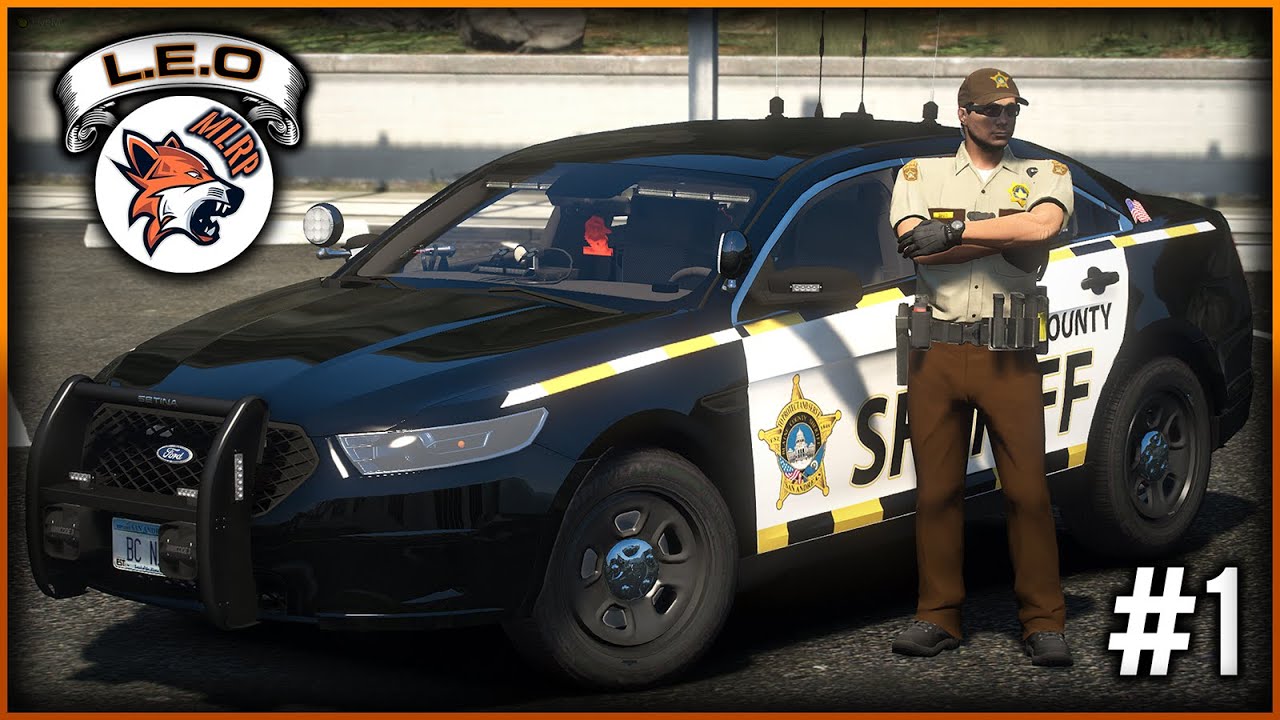 Great video showcasing our EMS/FD side by Fire Captain Caden. 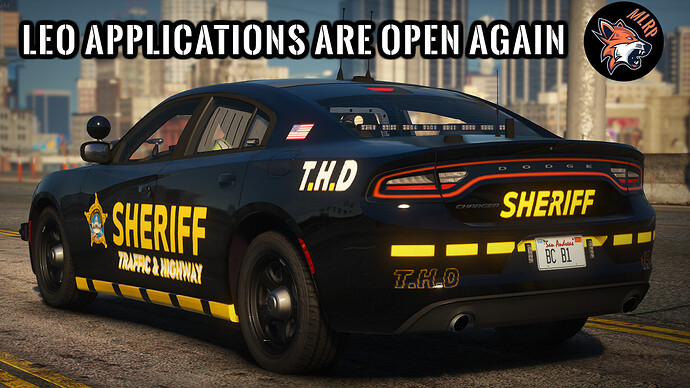 ZERO RDMs, ZERO VDMs in all of the four months we have been open, if you’re looking for a professional server, look no further 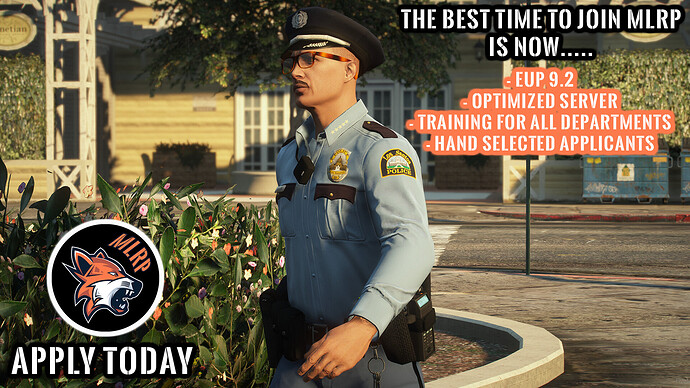 The best just got better. We worked hard on MLRP 2.0 and now it is better than ever. 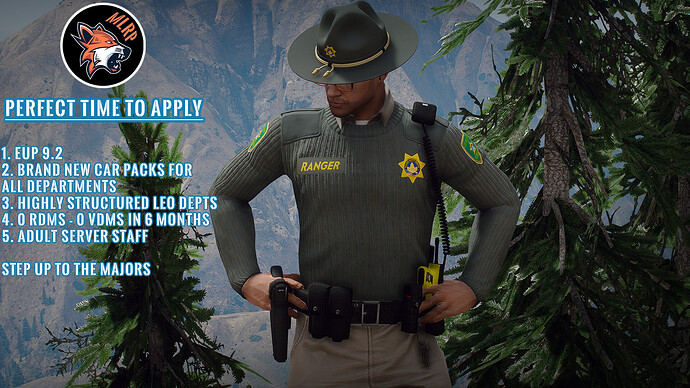 We recently transitioned, and worked super hard, on MLRP 2.0 - our relaunch and revamp! Like mentioned before, best just got better.

1. EUP 9.2 - The most up-to-date EUP models are in the game, with custom EUP uniforms, models, and clothing!

2. Detailed and excellent police cars for the LEO Division!

4. Server rules are intact to eliminate any VDM’s or RDM’s (which we have had 0 RDM’s and 0 VDM’s to date) - no random ambushes on cops, no GTA driving, no ridiculous RP, etc. 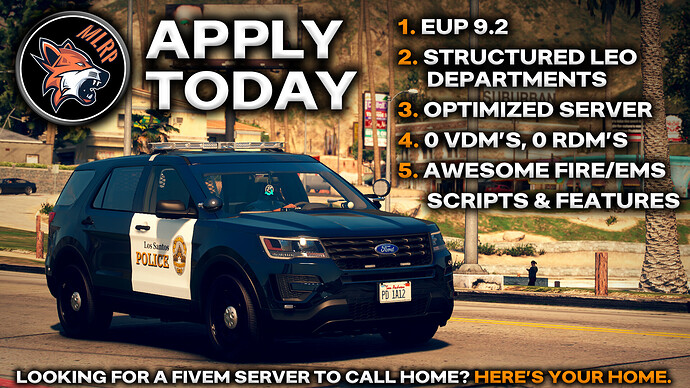 When we launched MLRP 2.0, we also relaunched the Fire/EMS Department!

2. Has an awesome fire engine (firetrucks), ambulance, and a ladder truck! And the ladder is physically possible to walk on!

4. Server rules are intact to eliminate any VDM’s or RDM’s (which we have had 0 RDM’s and 0 VDM’s to date) - no random ambushes on cops and FD/EMS, no GTA driving, no ridiculous RP, etc. 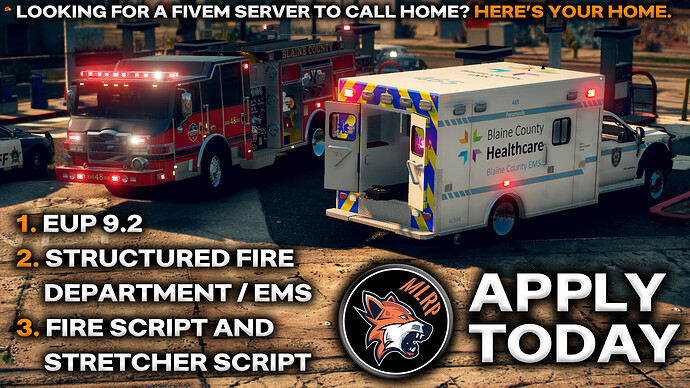 MLRP 2.0 is only getting better and better! The future is here, and MLRP still stands as one of the most professional servers out there - with 0 RDM, 0 VDM, and a well-structured community!

2. Structured LEO, FD/EMS, CIV, and Dispatch Departments all around - with love and care for all departments. No department or division is left lacking or unloved.

3. Amazing and detailed police vehicles for all L.E.O. departments!

4. Server rules are intact to eliminate any VDM’s or RDM’s (which we have had 0 RDM’s and 0 VDM’s to date) - no random ambushes on cops and FD/EMS, no GTA driving, no ridiculous RP, etc. 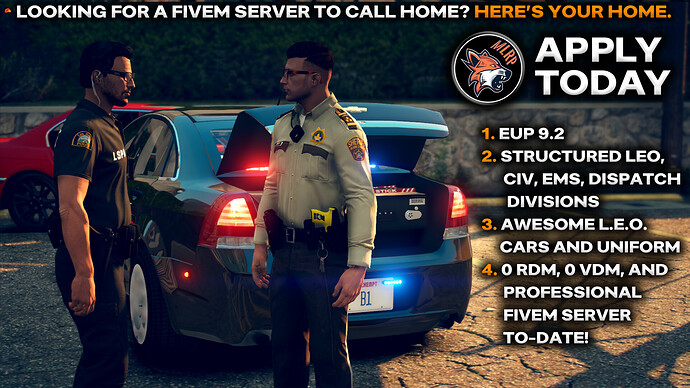