I wana to stream new traintracks.xml and trains1.dat but I can’t get anywhere…

I have already try this __resource.lua with:

Is this an update on your post, or just a statement due to a lack of response from the community? If it’s the latter, then it’s probably because there isn’t a whole lot of people researching that topic.

No just, with fodler stream i got this:

MainThrd/ can’t register compcache:/trainstracks/trains1.dat: no streaming module (does this file even belong in stream?)

If no one on the official fivem forum has a solution…So I can reasonably consider that it is impossible at the moment …?

Maybe there is a way to get it to work if the xml file was a meta file instead. I’ve not come across any resources that can use xml as datafiles.

I had already tried that during my first attempts but the result was the same: nothing.

That said for two days I can no longer load the traintracks.xml file, the client crashes as soon as I try … I assumed that updates to the fivem client had something to do with it. I will try again this evening!

Get rid of that manifest, above is all you will need 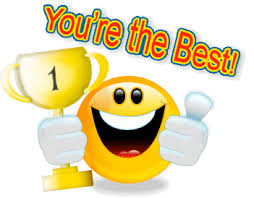 Now work ! Thank you verry much !!

I am confused by the ‘gta5.meta’ and the line above, where do you get that file? Do you rename trains1.dat to gta5.meta?

what script are you using to get the train out? I’ve tried many but in my server you never see anything

Hi ! Find trainsportation resource ! It’s the resource from i start to make my own.
Gl

I know this topic is old, but if you read this, can you send please a file? Or send a screenshot of __resource.lua?

Im getting stuck on this part, what do you do with gta5.meta?

Here ya go.
Ive noticed it works perfectly fine with less population. In my community once we get over 80-100 on one sync somethings start to freak out.
I have not looked into why or a better why to do this, but it works period.
Drag and Drop

Thank you very much!

I have tried this and it doesn’t change anything. It still spawns the exact same trains as the vanilla trains.xml no matter what I put in this one. So I don’t think the xml file is streamed and used. Anyone else get it to work?

I dont think the traintracks.xml file is streamed, it spawns ai trains but thats all i guess

You must to stream gta5.meta file with all modified files you want to use, example:

In fxmanifest.lua, you must to define which you want to stream gta5.meta file with:

And in gta5.meta file, you must to set the good path for modified files you want to stream:

Same way if you want to stream custom trainsX.dat referenced by traintracks.xml:

Then refresh and start the resource to stream files. All your players already online must to restart their games to get all latest files.
Any other resource which stream gta5.meta will be replaced by this. The last resource started with a gta5.meta file streamed will be used, all previously started will be replaced. So if you have some resources which stream this file you must to compile all modifications into one resource if you want to apply all modifications.

In addition, I did not test, but I was told that it did not work if the resource in question was in a subfolder containing [ ] ( in example [esx] )…