Today I’ll be releasing my vehiclehunting script, which I suppose no one has released before, afaik.
It has outlived it’s purpose for me as of now, but hopefully you guys like the idea and possibly even make it better.

Basically this script allows you to create “event” or activity for players to hunt down vehicles in map and claim them as theirs, kind of like finding abandoned vehicles.

Feel free to edit and stuff, but do not use this in any paid content, thanks.
I don’t feel like seeing lightly modified versions as paid

i see some stuff in the client side about renzu_customs will this work with his vehicle system because thats what I use and the cars arent spawning at all. I even tried installing esx vehicleshop and restarted the script to see if that worked but still the cars dont spawn

I only use renzus custom thus there are some traces. It’s not really integrated with his system other than getting vehprops. Also when you restart the script you’ll need to rejoin your server, it spawns vehicle for the player when he joins

if you want to test it alone just

Any errors? It does not use vehicle shops for anything else than getting license plates in your used format, and possibly setting vehicle owned for player, not sure about last mentioned. It shouldnt affect 3dtext in anyway tho. Check client and server console if there’s any errors

I got an error on line 122. but i commented it, so theres no error now. I put all the functions for generating plates so i dont need to use esx_vehicleshop, but theres a problem, when reclaiming the car after the fade screen its spawn another car. Logs, vehicle in owned_vehicle table, drawtext work without any problem.

Edit: if you get in the car and accelerate it moves without even reclaiming it 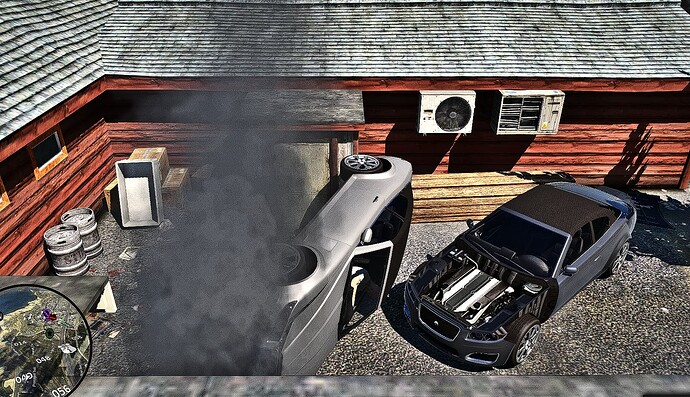 How many vehicles have you set in table? Sounds like the bug i mentioned in the post?

Edit: try adding like 4 vehicles in table, check that in the getsharedobject thread the event is commented, restart script, rejoin your server and then check the spawns and claims

Problem still. It duplicates the vehicle.

Edit: I manage to fix it. on function prepare() i changed DeleteVehicle with DeleteEntity and thats all. everything is working really good. Thanks man

Oh lol that’ odd. Glad u fixed it and thanks for telling me👍🏻