Tired of joining servers that initially show promise but after investing time realize they are ‘buggy’ or filled with errors or constant crashes? Me too, which is why i’m back and why Four Kings RP has been formed. Players with even the lowest PC specs are able to roam our city due to our optimized creation.

Because we dont advertise what we dont have and give recognition to the right places for the things we do. Almost every new server these days advertises ‘‘custom scripts’’ but in actuality these servers just take recognition away from those who work hard and claim the work for themselves ( and in most cases dont even edit the original product to fit their city).

We recognize the hard work of the community within our server, but also have custom coded scripts made by me, so I guarantee when you join, you’ll see something you’ve never seen before in any other city.

As our economy is based on a more realistic style, our economy is slower, so we’re offering benefits to anyone who joins now to get a headstart over anyone else.

Potential Joining benefits:
Whitelist Priority
Cash boost on start ($25,000 with ability to significantly increase this amount)
Collectable/one of a kind item in game (of your choice)

So if you feel like many others out there that you just want to find a stable home for the longterm where everything isn’t breaking and the focus is on interactive roleplay, dont hesitate, join FKRP Today.

P.S Did i mention we’re sponsored, so our s*s gotta be good

Shout out to anyone who used to play on Unity RP, when i came back saw it was shutdown, but the community there and the player base was fantastic!

Thanks to everyone who participated in our closed beta weekend. Everyone seems excited for the launch and we’ve managed to fix every single bug reported back to us. The server is now in the final stage before launch which will open up on Wednesday 26th for all our beta testers and open to everyone else on the Friday 28th.

Thanks to everyone who’s joined so far, and we’re super excited to meet the rest of you that join the last server you will ever need to slight_smile:

– Bank statements added so you can see where money has moved/came from
– Wallet added
– can now create debit/credit cards
– can give other players your credit card/bank cards (and with their pin, access their bank account)
– added crypto currency and crypto market which is accessed through the bank
– added bank graphs in the bank for players to have a different visual to track their account
– Can now have savings accounts
– Job accounts are also available at the banks

We’ve done a lot more, but thought its about time we actually start keeping a changelog kek

I’ve been around these developers for a long time and now that they are back REALLY excited to see what they bring, great people already feels so polished. closed beta is on its way get yourself in while u can and join a community where u will be welcomed to a new family. I cant wait I seriously love the owners and know they truly care.

One the best server been on, kind, friendly, would recommend to others 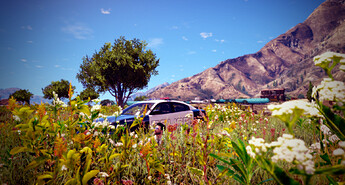 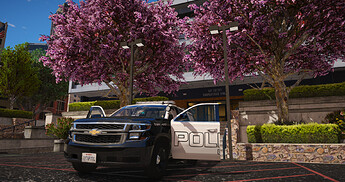 Sadly decided to use the newest PD mlo even though we loved our glossy white one
Applied some door locks to the new PD MLo
Moved all PD job markers
Added discord link when connected to server
Added 10 new character animations on load in (careful your character doesn’t flip you off ;d )
Adjusted multicharacter ped pathing
Added in more clothing

I’ve been around the last days and i’ve seen a few things… this look’s LIT! Already waiting to get in the city and find my way around it! I would say anybody that seen this post, give it a try !

First beta is starting Friday may 14th with launch planned for Friday May 28th. Come check out the community and server. Pre-launch members get an early start and a few bonusses! 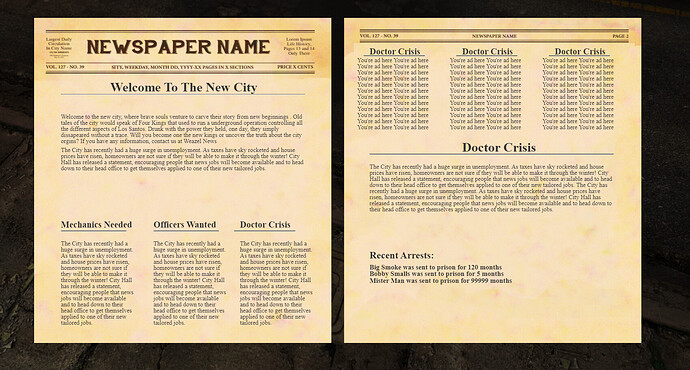 JOIN IN TIME TODAY FOR BONUS STARTING CASH ON LAUNCH

This server is gonna be ace, some amazing custom features and scripts, lovely community aswell!

step up step up, find a bug, win a prize, its easy!

Just messin have a great weekend whichever server you guys decide to be on!

BUMPING, Good Staff, Good Community, Gonna have a crazy start with a good amount of EMS, Mechanics and PD members

the closed beta was so fun, great community already just a few things needing to be polished up but nothing major. its looking amazing i cant wait for the community to grow.

fixed white hover bug over clothing outfits option
Noticed another bug when pressing cancel in outfit selection. would reset all your clothing to default dan. Fixed.
Increased voice range slightly on all levels ‘whisper’ ‘normal’ ’ shout’ (use F11 to change in game)
Increased size of Voice UI (in bottom right corner)
Added new parameters to help further improve voice synchronisation
Added another collision check on load in to try and combat death screen on load( this should force the specific area on the map to load as priority when you load in)
Added in new police notification system
911 and 911a calls are now sent to PD’s MDT system and GPS coords can be tracked from there
Police now can add information to these PD calls to give other officers information
Removed some Stripper peds
Updated Server and Discord links
Reduced Vehicle engine dmg from 3.0 → 1.0 (might be adjusted further)
Changed cityhalls to read ‘DMV’
Changed max weight to carry on person from 120kg to 40kg
Re-adjusted weight on most items

Fixed all bugs discovered on closed beta, ty for everyone that participating

We had the first pd training in the closed beta and it was such a blast i think i can speak for everyone who has been playing that we cant wait for more ! Everything is going so smooth already i cant wait. 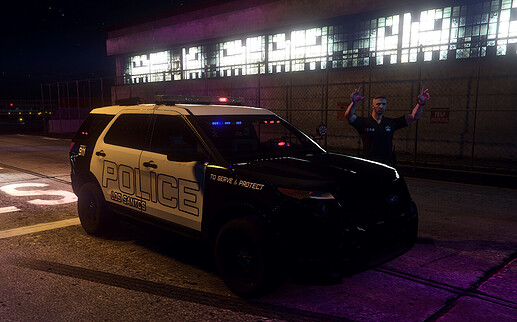 Tomorrow is our final closed beta weekend before launch. Last chance to join to get extra perks before we launch