What is the issue you’re having? UI lag after playing for a short amount of time in the server.

What are you trying to do? Play without UI lag.

What did you do to get this issue? Just normally playing.Joined in FiveM and it started happening.

What server did you get this issue on? Be specific and name some, ‘all of them’ by itself isn’t useful! tektonic rp,Atrocity rp,game leading gang wars

Bumping this, also quick FYI - this is because of high gpu usage but it never happened before.My GPU usage was always high when playing FiveM and it suddenly started happening one day.I tried a lot of things - reinstalling gta,reinstalling drivers,reinstalling fivem like 5 times now,clearing all cache,enabling NUI in-process setting but makes my game crash due to nvidia drivers,tried both release and canary update channels.This issue is getting on my nerve since I have no idea how to fix it or how it even started, I just hopped onto game leading gang wars and everything started happening from there.If anybody has suggestions or a possible solution for me, please reply to me because this is honestly pissing me off.

Are you using any graphics mods? Those tend to cause that…

Negative.My game is vanilla.No shadows,1440x900 resolution,everything else is set to normal.I can post a screenshot of all my in-game settings.I tried playing with 1920x1080 with shadows set to normal but that didn’t change anything.

Bumping this also a quick thing I can add to this.A proper explanation of what is happening: so some servers have inventories,phone systems,custom speedometers etc or just any custom UI at all.As you are playing, your inventory or your phone or whatever just freezes completely,is unresponsive then disappears completely from your screen, then after a random amount of time, it appears again but keeps on happening.This is the best I can do to explain my issue which started happening out of nowhere.Any suggestions or slight fixes are much appreciated.

After a game session where this happens, are you able to copy and upload the cef.log in your FiveM.app directory?

Let me try, 1 sec.Also, this issue happens in every server.

cef.pak (2.1 MB)
here you go hopefully this is the right one

Hello, many people have this “latency” concerns to open an inventory, phone ect. For most of the time it’s all just ram that’s not paced. To do this I advise you if you can activate XMP in your BIOS.

It may sound weird but don’t forget to update windows even optional updates.

I don’t think that’s the case for me.While playing, my UI freezes or just disappears from my screen and reappears which is really annoying.

Can you give me the root of this log ?

The cef.log is located in the Main Directory of your FiveM application data.

Right - did any dumps get saved in crashes/ dated around whenever it fails?

Additionally, I’m not sure how easy this’ll be to fix, you’re on an old non-gaming NVIDIA card on a nearly-unsupported OS, this is probably some super edge case crash.

I have fixed this issue by reinstalling steam and not using the low performace/low bandwith settings inside of steam settings. 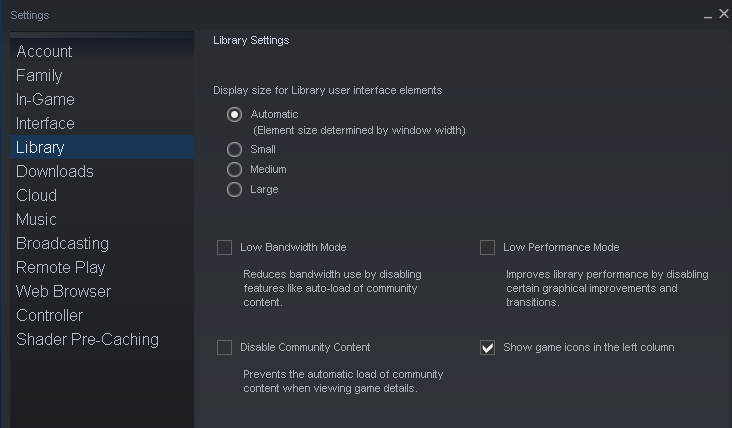