What is the issue you’re having?
fivem wont open after latest update
What are you trying to do?
start fivem
What have you tried already to fix the issue?
reinstalled multiple times, removed fivem folder, reinstalled again
Error screenshot (if any):
included below
What did you do to get this issue?
nothing, fivem was ok yesterday, after the latest update, it doenst start, error appears to be with citizen-scripting-v8next.dll, I can only start fivem disabling v8next on components.json but then I cant connect to my server
What server did you get this issue on?
I cant start fivem so I cant connect to any server 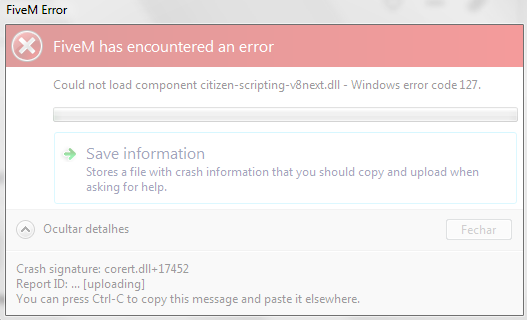 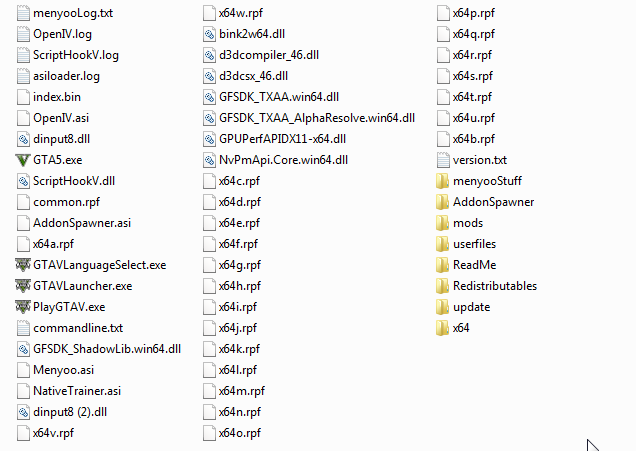 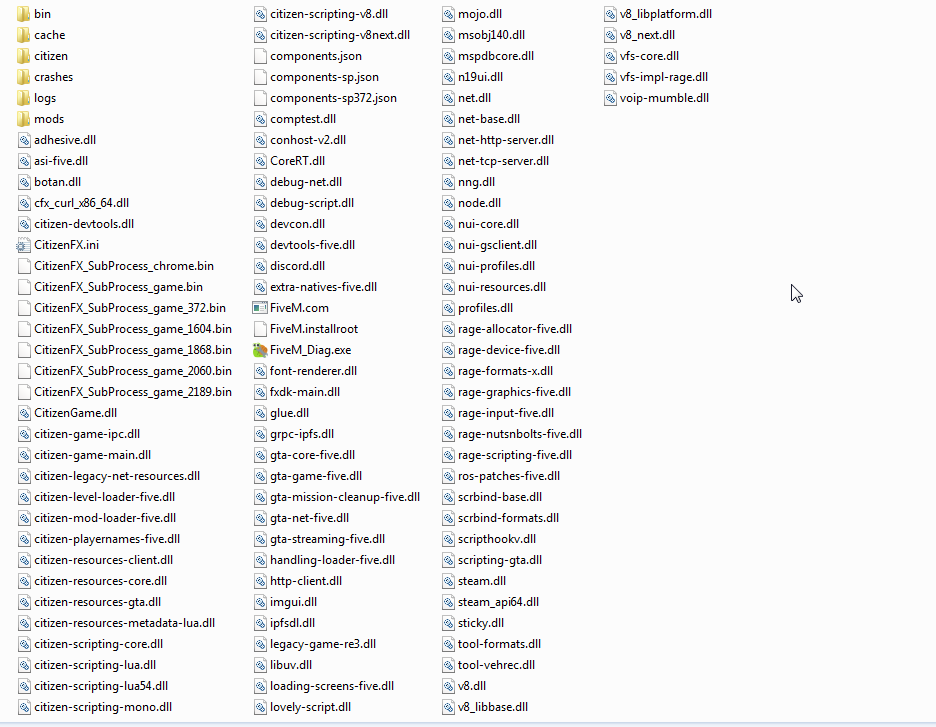 My phenomenon is exactly the same as yours

Get rid of it, please

remove any mods you may have and then verify your game files.

Did you try to delete caches.xml (not cache/!) and try again? there are no caches.xml in the fivem folder

it will be your your FiveM Application Data folder.

Make sure Windows is fully up to date as well, you say you dont use a virus scanner but do you have anything that detects malware? example… Malewarebyte? its possible something is deleting this file.

I would also highly recommend upgrading to at least Windows 8.1 or Windows 10 as Windows 7 is at its end of life.

I removed the mods and verified game files and still get the error
I used a kaspersky virus removal tool and found nothing, btw the dll dont get deleted, and if I delete it manually fivem download it again, about the windows 7: some months ago @deterministic_bubble said windows 7 was not working due to anticheat updates, after 2 days an update re enabled it, is that the case again? if theres a way to disable v8next, please let me know, because when I disable it fivem get stuck right before entering the server, f8 says something about rconlog

Its simply that Windows 7 is no longer being supported by microsoft itself, will save you a lot of headache if you upgrade as things will eventually become unsupported for it “which is already happening in some cases”.

There is a couple people here on the forums that had the same issue try searching for them and see if any of there solutions work.

hi, i have the same problem on windows 7, was working 3 weeks ago, waiting for your help thanks

hi, i have the same problem on windows 7, was working 3 yeaer ago, waiting for your help thanks

I just literally tried running on Windows 7 and it doesn’t fail for any reason related to v8_next - are you sure you aren’t missing some OS updates?

I don’t know which update package it is. Do you know

Not sure if the Windows Update works in 7 or not but just see if it has any updates if not i know there is a tool that will install them all i just dont remember what its called… could google it.

I just literally tried running on Windows 7 and it doesn’t fail for any reason related to v8_next - are you sure you aren’t missing some OS updates?

mine is w7 64bit sp1 version: 6.1 (7601), I will try to find latest win7 updates, or maybe I’m missing some vcredist or c++ thing? I see this dll is related to the js natives or something like that, not sure why my system cant load it, I can disable it though components.json and finally start fivem, but then I cant enter any server

Then do what was mentioned…

anyone find a solution? =)