If you mean kallock’s(unsure if spelling is correct), it is similar aesthetically because they used a context menu that was similar to ox_lib & possibly he used the same free props on gta5-mods.

I love ox_lib context menu and use it in all of my current scripts. 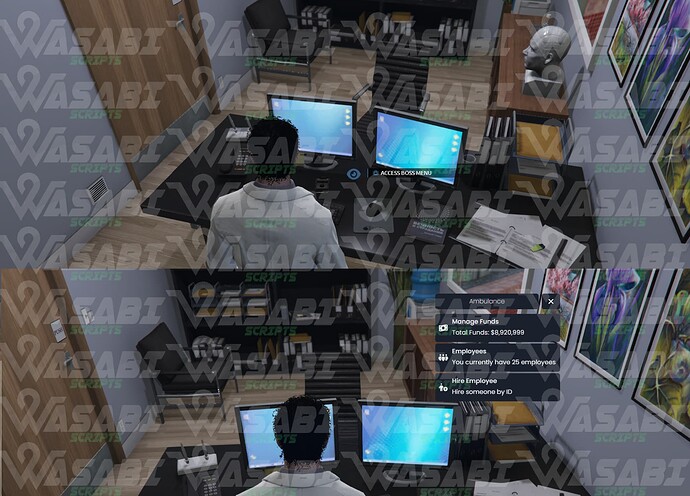 The actual boss menu displayed is another script of mine called wasabi_multijob if you like it more than the stock esx_society one.

I’ll be adding text UI from ox_lib as optional choice. Essentially the same but not the floating text. Stay tuned. Have a few other things I’m adding tonight; Cloakrooms, configurable billing.

Thank you for the kind words!

Upon dozens and dozens of requests - An open source version of the script is now avaliable on my Tebex store!

This is a full esx_ambulancejob replacement

You will remove esx_ambulancejob prior to installing this.

does this have NPC check in? put someone on a bed if medic isnt around?

It does have an NPC check in

The NPC does not carry you to bed(yet) but can be configured to only be usable when EMS workers are low.