Troopers from Davis Highway Patrol arrest and charge a 21-year-old Davis man for multiple offences after detecting him riding an unregistered motorcycle in South Los Santos.

At approximately 1630 hours Zulu on Saturday, the 9th of March 2021 Troopers observed the rider on his Black/White Sanchez conducting a “wheelie”, the rider maintained this for about 20 meters. Troopers signalled for the rider to stop, and the rider increased its speed and ducted off into an alleyway system. The rider stopped a short time later.

The driver was charged with three counts of negligent driving and will appear before Davis Local Court.

OpenNight_21452×552 1.04 MB
Saturday the 27th of March 2021, we (the Department of Public Justice) will be hosting a Community Open Night activity! Public members will be welcomed and encouraged to participate in a range of activities including; Joining us on patrol, Joining us in general chit-chat and more!

We will continue to frequently release details via our media release forum on the Department of Public Justice website and this discord! Stay informed by doing; !rank Notify

A 31-year-old South Davis man has been arrested following a pursuit and subsequent crash at Pillbox Hill.

Police attempted to initiate a stop but the driver failed to yield initiating a pursuit and the Dodge Charger allegedly reached speeds of 90-120 mph.

At the intersection of Power Street (High) and Integrity Way, Pillbox Hill, the Dodge Charger allegedly went through a red light before colliding heavily with a dividing barrier, causing extensive damage to both the Dodge Charger and a 2011 Ford Crown Victoria.

The driver of the Black 2016 Dodge Charger fled on foot through the central business district. Highway and General Duty’s Troopers continued to pursue the man until he was arrested in a service tunnel of the motorway (Interstate 1).

He was conveyed to Mission Row Police Area Command and has been charged with Possession of a Firearm, Possession of a Firearm Unlicensed Never Licensed, Police Pursuit (Felony Evading), Resist Hinder Police in Execution of Duty, and a range of Vehicle Offences under the Road Transport Act 2013. He was remanded to custody and is expected to appear before Daivs Local Court via video-link on Wednesday the 24th of March 2021. 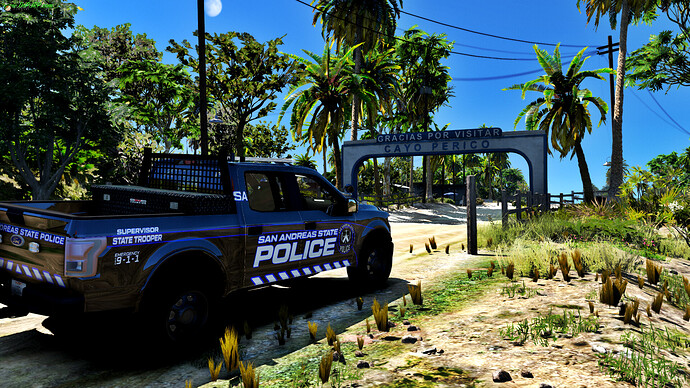 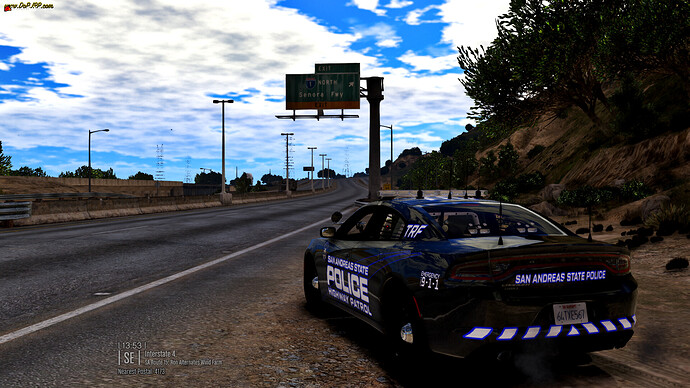 Less than 21 hours away from our Open Night! We are excited to open our doors to the public once again to demonstrate the professionalism and dedication to roleplay our members possess and hope to share! Find more info here. 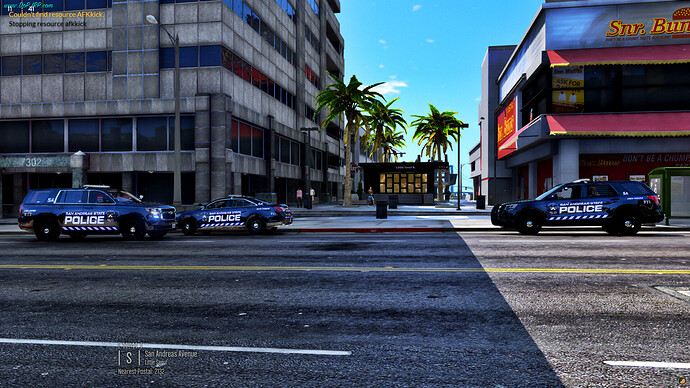 Just one of the many incidents our members experience on a regular basis, regardless of department. 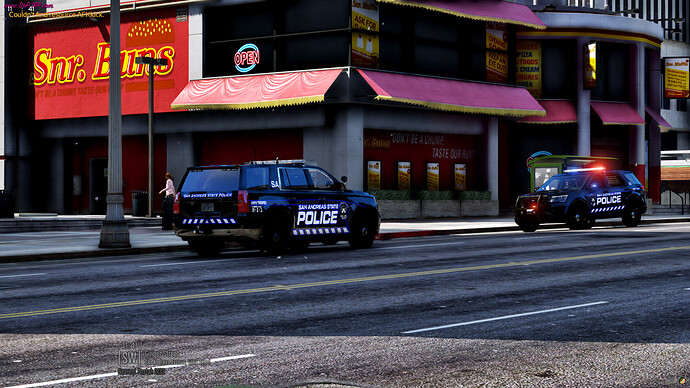 In anticipation for Easter 2021 Double Demerits are going to be in effect from April 1st to April 5th (2021-04-01 to 2021-04-05). The San Andreas State Police will be targeting drivers for offences such as Speeding, Seatbelts and Motorcycle Helmet Offences.

This is the new Department of Recruitment and Field Training (DoR&FT) predicted recruitment statuses for each department within the Department of Public Justice Roleplay Community. These are subject to change again depending on the necessity of the departments and overall department. 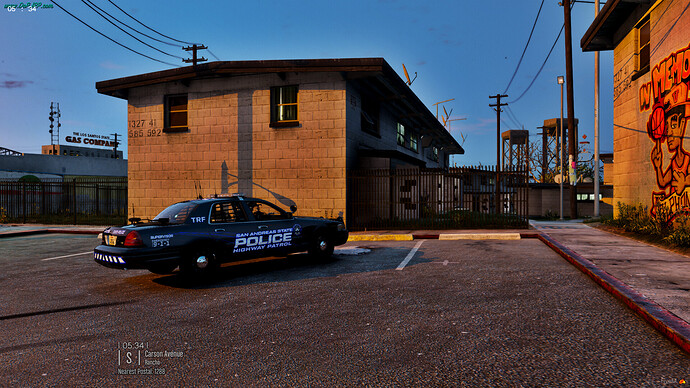 The search continues for the shooter.

Give yourself plenty of time to travel, don’t speed, drive to conditions, wear your seatbelt, avoid distractions, and make sure you’re well-rested before heading home today. 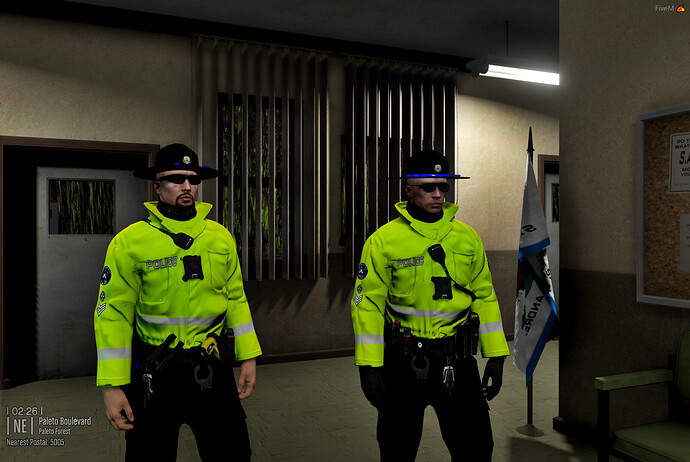 [Fictional] [In-Game]
Homicide Squad detectives are appealing for information from the community as they continue to investigate the shooting murder of a man at Strawberry over Easter.

At approximately 0100 hours (Zulu standard Hours) on Monday the 5th of April 2021, police were called to an apartment complex in South Strawberry after a man was shot.

Specialist police from the Strategic Response Unit, PolAir and Police Dog Service attended but were unable to locate the offender.

Despite the efforts of a friend, State Troopers, and Ambulance Paramedics, the male was unable to be revived.

The man has since been formally identified as 23-year-old Strawberry resident, Andre Patterson.

Initial inquiries were conducted by Troopers from Davis Police Area Command before detectives from the State Crime Command’s Homicide Squad took carriage of the investigation.

"Over the last week, Homicide Squad detectives have conducted a significant canvass of the South Strawberry region, and the surrounding areas, for evidence that may help to identify those responsible for Andre’s death.

Part of this canvass includes taking over 100 written statements from Andre’s family and friends, as well as associates and witnesses in the area.

As inquiries continue police are appealing for anyone with information about the movements of a vehicle, described as a black 2013 Albany Cavalcade on Dutch London Street, Strawberry, Monday the 5th of April 2021 at approximately 0105 hours Zulu.

It is believed the vehicle may have been in the area after Andre was shot and the occupants may have vital information that could assist investigators.

Neither police or the community will tolerate any murder, and with the continued support of the public, we are determined to put those responsible for this violent attack before the courts as soon as possible," Det Supt Tyler T. said.

Police are continuing to seek dash cam vision from any vehicles that may have been travelling on or near Dutch London Street, on Monday the 5th of April 2021 between 0100 - 0200 hours Zulu.

Vision can be handed into any police station or uploaded to Crime Stoppers online.

No further details are available at this time; however, police are appealing for witnesses to come forward. Anyone who can assist police should contact Crime Stoppers 1800 555 000 or the Police Assistance Line 131 555, or www.police.sa.gov. Information is treated in strict confidence. The public is reminded to not report crime via the San Andreas State Police social media pages. 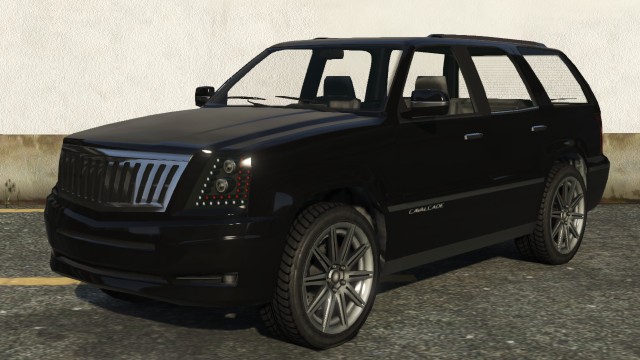 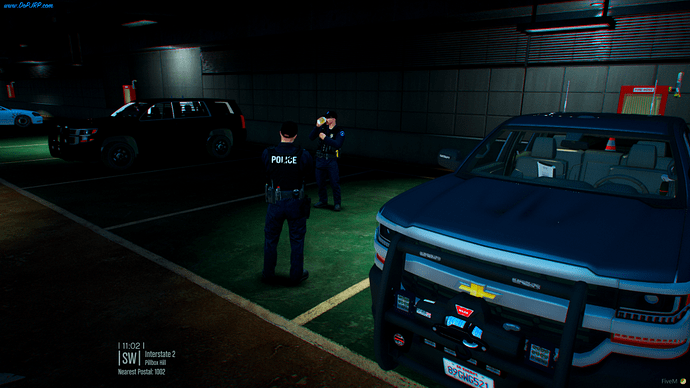 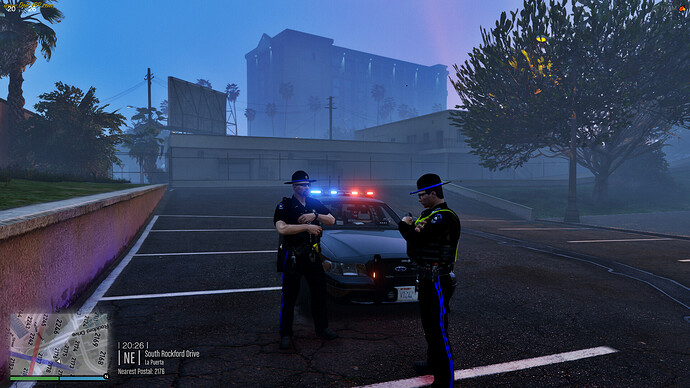 Shift Supervisors discussing after a critical incident in Little Soul earlier this weekend!

Troopers assigned to Vespucci Police Area Command attended a file for an active shooter in a car park.

An adult male was shot and treated by ambulance paramedics before being transported to Central Los Santos.

The subject was also transported after falling off a balcony with the possibility of a spinal injury. 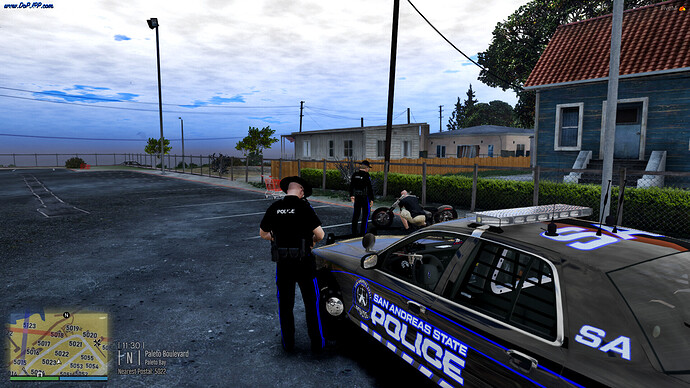 This is where Policing Students conduct their studies and undergo training to become sworn peace officers!

A second photo (taken by Sergeant Tyler T. Hwy Patrol) of the critical incident in Little Soul (Vespucci) this weekend! 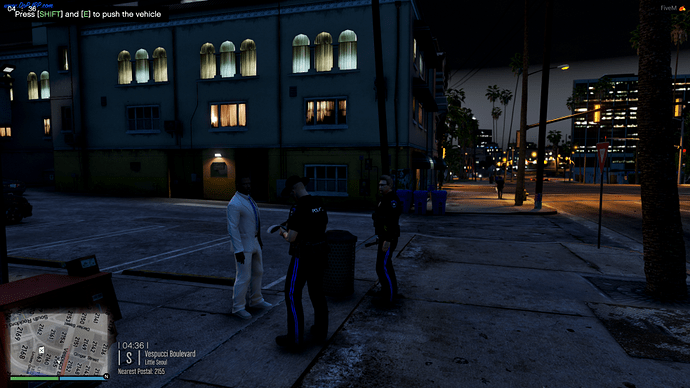 Hear more on our Public Affairs and Media Relations discord! 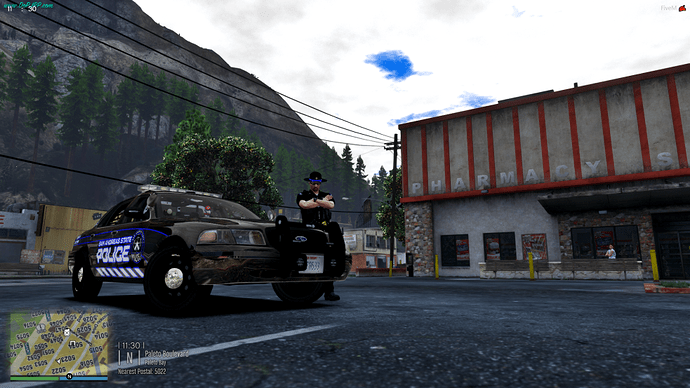 This is the new Department of Recruitment and Field Training (DoR&FT) predicted recruitment statuses for each department within the Department of Public Justice Roleplay Community. These are subject to change again depending on the necessity of the departments and overall department.

I’ll gladly join if you tell me where you got my email from.

I’ll gladly join if you tell me where you got my email from.

Excuse us? We’re unsure what you are referencing if you believe you have experienced an issue speak to our Administration Staff here, please.