It should be briefly noted that the roadmap posted earlier is no longer accurate. I’m not even sure what changed and what didn’t, but all the ‘January’ items are now pushed to ‘probably never’.

I guess the old roadmap post was written in a somewhat cheerful mood but honestly I don’t care about any of the entries in it anymore.

It’d be neat if someone capable could help out but honestly yeah the project is in super maintenance mode now unless someone does step up, none of the applicants were even remotely worthwhile (none of them even had any past experience with anything similar and most of them were people without any programming experience… really?) so posting that job opening was also a stupid idea, so meh…

Thanks for everything you guys do. I guess all we can do is remain hopeful someone with enough skills can step up and help because you guys really do need it.

What happened to all the other elements btw? I remember there was quite a good amount of them working on the project.

Feelsbad… we need people capable of keeping this project alive !
Much love for what you did already and as a server owner I will definetly try to report as much as i can clear repro for Infinity/Bigmode.

Keep in mind that there is still more and more player playing, you are doing a great job 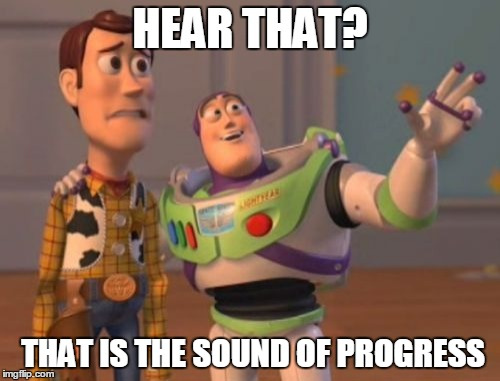 Might have been a lot shorter of a message if you just said what did actually change. But can completely understand hiccups and road bumps. So, as long as progress is made and it’s not stagnant, then things will be fine.

The end of fivem?

I mean, didn’t he just tweeted that they have been getting all-time-high player counts every week?
Really doesn’t sound like they are dying…

If it means the end of ESX then sure.

that was mean…Hawaii does a lot for the community and tbh if it wasnt for him 90% of these servers would be empty. Thank you fivem community for building the system and actively supporting it. Thanks Hawaii and tanks kaper for making es… as far as vrp no thanks are given

I don’t think you should be thanking the person who consistently refuses to work with the developer of FiveM, sending people to raid the FiveM discord when something happens that he doesn’t personally like.

Yes Hawaii, you are entitled and you are immature. Grow up.

ESX is the worst thing that ever happened to FiveM.

90% of these servers would be empty

Yeah, thank him for “90%” of copy-pasted crap servers. I wonder how much unique servers we was able to get if ESX wasn’t released. Anyway, we all understand that if not ESX, people was able to use any other “framework” to copy-paste code, so even that isn’t his “achievement”.

Why blame esx for existing?!?! Not our fault people cant do anything unique, but according to you idiots it apparently is our fault.

Look at you fools blaming esx since it came out, and even if esx wasnt a thing a shit ton of servers would just clone a vrp installation instead! No one here has power to enforce how servers are, but talking shit will never resolved anything. You’ll have to accually do something besides talking shit if you want to change peoples minds.

You’ll have to accually do something besides talking shit if you want to change peoples minds.

That’s an amazing quote. I hope you reference this in the future.

The difference between vRP and ESX is that vRP is a “framework”, when ESX is a server bundle. vRP doesn’t have such big amount of “officially” supported resources that people can copy-paste. It gives bunch of ideas and solutions for server developers to make their developing (not copy-pasting) process better and faster.

You’ll have to accually do something besides talking shit if you want to change peoples minds.

Do what? There’s no way we can fight with that amount of damage that was made by the ESX to the community. And people won’t stop copy-pasting low-quality resources ever. Why someone need to learn how to make proper script when he can just download everything.

Idk what you be smoking. esx is is a rpg framework. And keep up the trash talking since “we cant do anything about it”. I guess on redm there is a lot of trash talk to be done about kanersps esx rip off so dont worry you can keep talking trash all you want.

Dont forget that all of you started this entire trash talking, you have turned this into what it is today.

Although I hate how pretty much every server is RP and all use the same resources, you cant put the blame on the resource makers. As of speaking right now only ~10% of all servers don’t use ESX or VRP. The blame lies with the server owners who just download either one and call it a day, when instead they could expand upon what there already is.

There has already been several big pushes to get away from the 2 RP framework dependencies but people just don’t seem to not care.

This is why when I make my RedM server I will be making my framework from scratch.

My fivem server maybe based on vrp but is completely unrecognizable at this point from it’s original state. But if I had a choice knowing what I know now compared to 2 years ago when I started my server I would definitely make my framework from scratch and not even consider using esx or vrp.

If its wasn’t for esx as a starter framework i would NEVER have been able to get to the point to make my own framework, anyone who says they should do it themselves is and arogant whatsit. not everyone can code… it took me a whole YEAR to get good. and there is still much to learn.
like Chief-Tron said, any good server dev will work on it and make it unique even with the same framework.

I apreciate all the work done for redm. but it will never be big with the current problems.

I just hope RedM actually gets updated. In its current state, it is pretty rough and no one even knows about it since you would have to specifically follow FiveM’s twitter to see the 2 posts talking about RedM even being available.

If CFX ever get the all in one launcher up and running it should hopefully draw some more people in, especially after the modding scene gets bigger. At least I hope so since there are several things I want to try out with RedM in the future.

I have too much stuff I want to get done on my FiveM server still to even consider getting sstarted on RedM. I’ve yet to even load up RedM once yet to even check it out.

I’m hoping that in 6 months or so I’ll be ready to start one, but it’s really going to depend on my workload at the time.

And who the fuck are you? Why the fuck would I ever aid people who have threatened me with blacklisting esx, talked crap about how no one helps the org because my behaviour when then we now see fivem themselves saying all prs are crap, they told my teams stolen work is theirs (adrp_ui), and dont forget the endless esx crap talk, how they have hidden trash talk channels in their discord. Y’all real fucking weirdos

I can go all day long how ive been treated by the fivem devs and the forum staff.