Gravity Nation was launched in September 2020 with one simple goal, a place where role-players new or old had a place to be amongst a meaningful community. Development started in July just a month after the concept was brought to light, since then it has been full steam ahead developing features and tools allowing for in depth character development.

What really makes us different from other servers?
Well, we being there among the very good server like no pixel and others is really a challenge, if we talk facts. But what we really believe in is actually taking every person into consideration being new to RP or old, giving a platform to learn and understand.

Why would you want to join GN?
Well, first off we aren’t really planning to have a huge community, mostly keep it with 64 slots, but what we can promise you is active development and a family friendly community, this server or the community belongs to every single person on the server, every voice is heard and taken into consideration. the phrase we believe in is quality over quantity.
As the saying goes do not judge a book by its cover, come join us and you make your call.

What we offer to our family ?
User in game screenshots - We would like to show respect and make believe that everyone is treated equal so we have this concept to use your in game screenshots to our server loading screen. On a rotational basis.
We are a public community that will eventually go whitelisted, with an in-depth application that guides the applicant to think about the type of citizen they want to bring into the city. Our goal is for people to be attached to their character creations, evolve their characters and become a story within the community.

What Jobs are available in the server?
Garbage Job - A co-op job that allows up to 4 people to cruise together on a trash truck making the city a cleaner place.

Taxi - A solo job that has the player clock in and attend local requests to the location of their choice, also an in app phone system that will give the driver requests from other civilians within the city.

Towing - A job that has civilians driving around and towing those pesky illegally parked vehicles, or working in tandem with the LSPD and removing cars used in criminal activities.

Trucker - A job where you make deliveries on request using the 18 wheeler monster or mini vans with a lot of options to explore from the jobs.

News Reporter - Weazel news has been better than ever, now go live with a camera and a mic and broadcast it direct to the news channel with the latest city happenings.
and more to come!

Mechanic - With LS customs now made as the the mechanic work area, you get an awesome IRL experience with being a mechanic from repairing cars to grinding materials and dissembling vehicles for items and a multiple fleet just for the mechanic.

Lawyer - Coming Soon! Be a lawyer , where you have an official badge and a courtroom to actually present to your client and help people from being sentenced to jail or a death penalty

Judge - Coming Soon! As the head of the court room you make decisions on what really happens to the case and your decision plays a major role on sentences to prison or a death penalty

Real Estate - As a real estate person, set up houses for people in game ANYWHERE on the map with a door and garage, you can really make good money if you’re good at convincing people!
There are 6 tiers of houses ranging with an IKEA option to decorate your house!

Car Dealership - In this job you can, let people have their sweet time to test drive their favorite vehicles before they actually have to buy it and also let act as an official person to sell their cars to an other person

What can you really explore in our server?
We have almost 120 resources and more to add.
Food & Drink - We have a food and drink based system here, however, it’s not a case of you die if it runs out. If you run out of food or drink, you’ll have more limitations such as not being able to run or jump. The idea behind food and drink is to drive players to common areas where you are more likely to find an interaction, and don’t fear! You can buy food pretty much anywhere, gas stations etc. 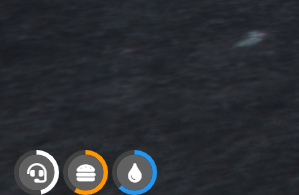 MLO’s - We have a LOT of custom buildings within the city, places that don’t require fast travels to enter. These range from actual houses you can buy anywhere in the city to player owned businesses such as car dealers, Used car sale to players in game or for money

Multiple Characters - We currently offer all players 4 characters that have independent phone numbers and bank accounts so you can live truly different lives.

Racing System - For those of you who are car lovers we also have a system in place where you can save racing routes and start them with friends, or enemies… suppose that depends how good you are

Drug System - Name it, we have it. Coke, meth, acid, lsd, weed and more with custom animations to every drug and multiple ways to actually obtain them in game.

Crafting - Crafting has been revamped with a new way; threshold. where you unlock more items with the more REP you have!

Gangs - Multiple gangs are available in the city with custom cars for each gangs and with a gang menu to each gangs (Ballas, families, vagos , triads, cartel , LostMC)

Black-market - Explore over 590 items in game ranging from guns and items which can be found in game which will actually blow your mind.

Casino - All access to blackjack and spin the wheel to win amazing in game rewards including cars, which change every week [ Casino Heist coming soon]

An Honest Letter
Whatever I mentioned above is true to the every bit, I would say it isn’t a big server or anything as of now and as I mentioned its always quality over quantity.
Looking for a Admins / Community helpers to actually join me in the development of the server if you’re interested as for now, if you could spare some time from your daily life as for now its just me doing everything in the server.
We believe in keeping the community happy, so everyone who does it with heart, will be rewarded.

A humble request to not judge us early before you come see what we offer as we are only here to give and have a fun time in our busy life! 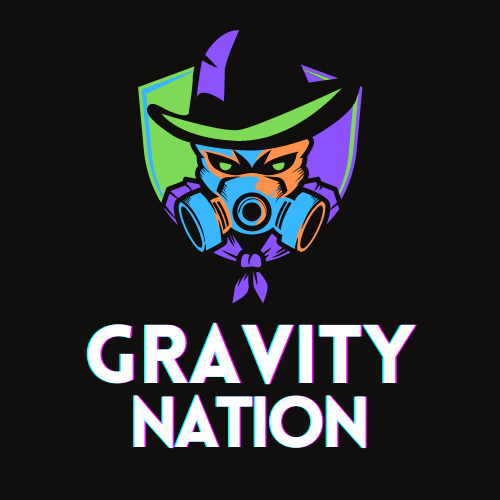 The server is good (I get no lags) and works well and it is really cool the more you explore in it. It’s really a nice place to play in and have fun.

The server is awesome (I havent had no problem with lags) and works well and is fully optimized, custom vehicles, custom interiors and exteriors! Overall Very Good Server!!!

come check out the server!

https://projecthuman360.wixsite.com/gravitynation
check out our website for updates and policies

Hiring admins and Community helpers for the server. who could actually put a fair amount of time and be active. Well IRL comes first, but im really looking for some potential people!

bring back the classics